Greetings from the President

Celebrating the 70th Anniversary of TENRYU-KOHSEIKAI 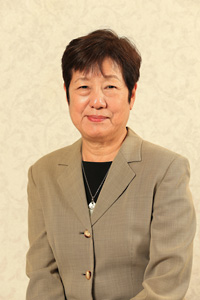 It has been 70 years since TENRYU-KOHSEIKAI founded our business on a hill overlooking Tenryu River. Just eight like-minded fellows founded TENRYU-KOHSEIKAI with the aim of building a colony. Their enthusiasm brought their families into the fold and found many supporters to lay the foundations of today’s TENRYU-KOHSEIKAI.

Many people have asked the greatly-expanded TENRYU-KOHSEIKAI the following: “Why have you grown so big?” Saburo Yamamura, Managing Director at that time, replied thusly each time: “I want to do something for people in need. I have the itch to do something. I had nothing to lose; I had no property or regional bonds, so I have done my best.” The result of putting into practice the desire to do something for those in need in front of our eyes one by one is today’s TENRYU-KOHSEIKAI.

If we look at old documents, we find that the future map of TENRYU-KOHSEIKAI has been re-drawn many times. Many written requests addressed to the government to realize that remain. This future map depicts facilities for people with severe disabilities, a medical care clinic, a general center, family accommodation facilities and more with a desire to create a paradise for those with severe disabilities and to create a place where everyone can live with peace of mind. It is a map that also incorporates the hopes of families in addition to the users themselves. Many of the plans in the written requests that give form to the strong desire to turn this land into a city of welfare have been realized.

Those of us who are alive today may have experienced unfathomable hardships and tears. Nevertheless, unfortunately, most of the people who knew about those times are no longer with us. The trajectory of TENRYU-KOHSEIKAI is proof that our predecessors embodied their principles. I believe it is the mission of those living now to pass this on to posterity before those memories fade. I look forward to the continued cooperation from many people.
Tatsuko Yamamoto, Board Chair